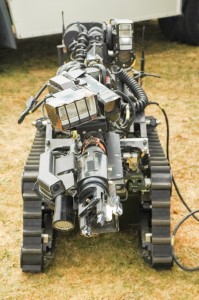 St Louis, MO recently hosted over 18,000 students, aged 6 – 18, from all over the world to compete in the FIRST® (For Inspiration and Recognition of Science and Technology) Championship. FIRST is a non-profit organization that seeks to inspire interest in science and technology among young participants. The FIRST Championship was held at various events throughout the city, with the final event being the FIRST Robotics Competition. The theme of the event was recycling. Four teams were challenged to design and build robots out of reusable materials that would stack, cap and dispose various goods. Over 40,000 people were there to watch the teams and their robots compete. Awards and scholarships were given based on design excellence, competitive play, research, business plans, website design, teamwork, and partnerships. FIRST President Donald E. Bossi said, “What you kids in all FIRST programs are able to achieve in a short period of time is truly astounding. I am overwhelmed by the amount of teamwork you display and the results you deliver.”

Expand and improve the delivery of education and career training programs leading to industry-recognized certificates or associate degrees that can be completed in two years or less and prepare Trade Adjustment Assistance (TAA)-eligible and other workers for employment in high-wage, high-skill advanced manufacturing occupations.